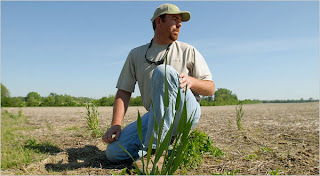 
DYERSBURG, Tenn. — For 15 years, Eddie Anderson, a farmer, has been a strict adherent of no-till agriculture, an environmentally friendly technique that all but eliminates plowing to curb erosion and the harmful runoff of fertilizers and pesticides.

On a recent afternoon here, Mr. Anderson watched as tractors crisscrossed a rolling field — plowing and mixing herbicides into the soil to kill weeds where soybeans will soon be planted.

Just as the heavy use of antibiotics contributed to the rise of drug-resistant supergerms, American farmers’ near-ubiquitous use of the weedkiller Roundup has led to the rapid growth of tenacious new superweeds.

To fight them, Mr. Anderson and farmers throughout the East, Midwest and South are being forced to spray fields with more toxic herbicides, pull weeds by hand and return to more labor-intensive methods like regular plowing.

“We’re back to where we were 20 years ago,” said Mr. Anderson, who will plow about one-third of his 3,000 acres of soybean fields this spring, more than he has in years. “We’re trying to find out what works.”

“It is the single largest threat to production agriculture that we have ever seen,” said Andrew Wargo III, the president of the Arkansas Association of Conservation Districts.

The first resistant species to pose a serious threat to agriculture was spotted in a Delaware soybean field in 2000. Since then, the problem has spread, with 10 resistant species in at least 22 states infesting millions of acres, predominantly soybeans, cotton and corn.

The superweeds could temper American agriculture’s enthusiasm for some genetically modified crops. Soybeans, corn and cotton that are engineered to survive spraying with Roundup have become standard in American fields. However, if Roundup doesn’t kill the weeds, farmers have little incentive to spend the extra money for the special seeds.

Roundup — originally made by Monsanto but now also sold by others under the generic name glyphosate — has been little short of a miracle chemical for farmers. It kills a broad spectrum of weeds, is easy and safe to work with, and breaks down quickly, reducing its environmental impact.

Sales took off in the late 1990s, after Monsanto created its brand of Roundup Ready crops that were genetically modified to tolerate the chemical, allowing farmers to spray their fields to kill the weeds while leaving the crop unharmed. Today, Roundup Ready crops account for about 90 percent of the soybeans and 70 percent of the corn and cotton grown in the United States.

But farmers sprayed so much Roundup that weeds quickly evolved to survive it. “What we’re talking about here is Darwinian evolution in fast-forward,” Mike Owen, a weed scientist at Iowa State University, said.

Now, Roundup-resistant weeds like horseweed and giant ragweed are forcing farmers to go back to more expensive techniques that they had long ago abandoned.

Pigweed can grow three inches a day and reach seven feet or more, choking out crops; it is so sturdy that it can damage harvesting equipment. In an attempt to kill the pest before it becomes that big, Mr. Anderson and his neighbors are plowing their fields and mixing herbicides into the soil.

That threatens to reverse one of the agricultural advances bolstered by the Roundup revolution: minimum-till farming. By combining Roundup and Roundup Ready crops, farmers did not have to plow under the weeds to control them. That reduced erosion, the runoff of chemicals into waterways and the use of fuel for tractors.

If frequent plowing becomes necessary again, “that is certainly a major concern for our environment,” Ken Smith, a weed scientist at the University of Arkansas, said. In addition, some critics of genetically engineered crops say that the use of extra herbicides, including some old ones that are less environmentally tolerable than Roundup, belies the claims made by the biotechnology industry that its crops would be better for the environment.

“The biotech industry is taking us into a more pesticide-dependent agriculture when they’ve always promised, and we need to be going in, the opposite direction,” said Bill Freese, a science policy analyst for the Center for Food Safety in Washington. 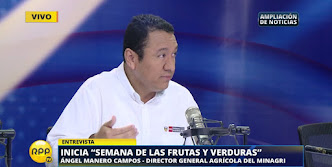